Red tide is a common name for a phenomenon more correctly known as an algal bloom, an event in which estuarine, marine, or fresh water algae accumulate rapidly in the water column and results in discoloration of the surface water. It is usually found in coastal areas.

These algae, more specifically phytoplankton, are single-celled protists, plant-like organisms that can form dense, visible patches near the water’s surface. Certain species of phytoplankton, such as Dinoflagelate, contain photosynthetic pigments that vary in color from green to brown to red. 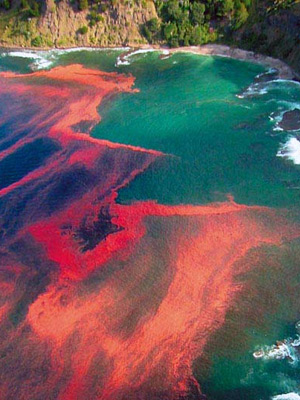 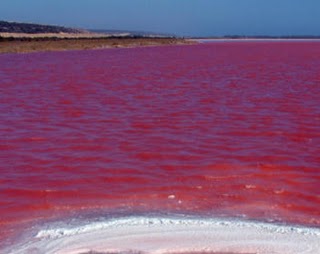 When the algae are present in high concentrations, the water appears to be discolored or murky, varying in color from purple to almost pink, normally being red or green. Not all algal blooms are dense enough to cause water discoloration, and not all discolored waters associated with algal blooms are red. Additionally, red tides are not typically associated with tidal movement of water, hence the preference among scientists to use the term algal bloom. 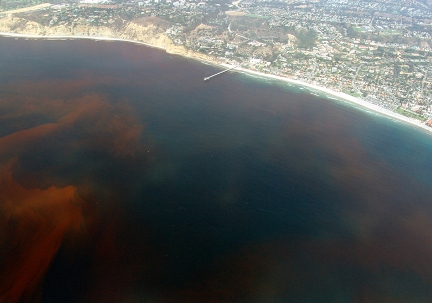 A “red tide” off the coast of La Jolla, San Diego, California.

Red tide is a high concentration of Karenia brevis, a microscopic marine algae that occurs naturally but normally in lower concentrations. In high concentrations, its toxin paralyzes the central nervous system of fish so they cannot breathe. Dead fish wash up on beaches. Dense concentrations appear as discolored water, often reddish in color. It is a natural phenomenon, but the exact cause or combination of factors that result in a red tide outbreak are unknown. Red tide causes economic harm and for this reason red tide outbreaks are carefully monitored.
Learn more form Wikipedia